As early as 1760 the movement of Methodism had reached America, brought from England by the pioneer preacher, Joseph Pilmore, who had been converted by John Wesley. Pilmore began organizing classes in the southern states, following the pattern of John and Charles Wesley. This movement reached North Carolina in 1772. On May 21, 1776, the first North Carolina Circuit was established.

Francis Asbury, the first bishop of the Methodist Episcopal Church in the United States, visited Swansboro at least three times. This is an excerpt from his journal:

“Wednesday, April 6, 1785-Preached at Swansbury in sight of the sea. Here are a wicked people indeed; nevertheless a few have joined society.”

“Saturday and Sunday, December 24 and 25 (Christmas), 1785 we held quarterly meeting at Swansbury, many people—little religion.”

“Thursday, January 27, 1791—I had many to hear at Swansbury—the people were attentive—O that God may bless His word to them.” 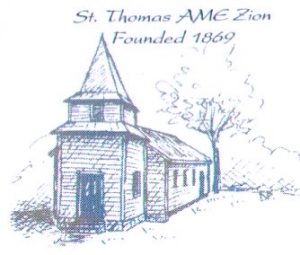 Little is known about the church during the period until 1871. There was a church which was attended by all denominations in the vicinity of the present Waterway Realty. There was a Northern Methodist Church in the same area which was sold to the Unitarians in 1907. This group came from the North and organized the Emmerton School. 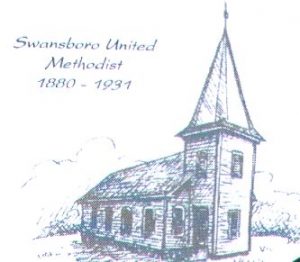 The present church was organized on March 1, 1871. There were about 15 families in the village and a few from the adjacent area who were members. This group worshiped in the Old Brick Store and in a school building located about where First Citizens Bank building is currently. The preachers served all the surrounding churches, living for a time in Belgrade and later in Maysville. About 1880 the Methodists built a church on the corner of Church and Elm streets where everyone worshiped until the Baptists built their church.

The Swansboro Circuit was organized in 1908 and consisted of five and sometimes six churches. The parsonage was the house on the lot adjoining the church. About 1930 the congregation sold the church and the parsonage and purchased from the Unitarians the Emmerton School property. This was a U-shaped building and would house the sanctuary, the Sunday School area and the living quarters for the parsonage family. This building is now Swansboro Town Hall.

A History of Stepping Forward

About 1935 more space was needed for church activities, and the parsonage family needed different living conditions. The solution was to build a parsonage on Russell Street with the churches sharing in the project.

By 1956 the church was again experiencing growth and realized the need of a full-time minister. After much thought and prayer the Administrative Board decided to request station status. This meant buying out the parsonage shares and raising the budget from $2,600 to $8,500 in one year. At the meeting when the decision was made to make the request, the 18 members of the board pledged $4,000 of the $8,500.

In 1968 the church once again opened the doors to a new church facility to allow for growth and increased church activities under the pastoral leadership of Rev. Moe. On March 7, 1971, the Swansboro Methodist Church celebrated its centennial with The Rev. Tommy M. Faggart, pastor, leading the service. The Rev. Charles H. Mercer preached the centennial sermon. Others participating were former pastors: The Rev. D. W. Charlton; The Rev. Paul Evans; The Rev. David L. Moe; The Rev. W.S. Hopkins, Jr.; The Rev. E. R. Shuller, and The Rev. Harry l. Rogers.

In 1983, the church constructed a 7,500-foot addition to the fellowship hall and educational space along with other renovations. This area  housed a weekday child care center and preschool as well as serving our Sunday School and other ministries until 2013. Swansboro United Methodist Church wass now a vital part of the community and gathered many into its doors day in and day out.

Construction on a new 450-seat sanctuary was completed in late 1999.  A service of consecration and dedication was held in February 2000 and worship began in our new sanctuary.  As we look to the future of this church and the new facility to serve our ministries we reflect on the years of service to church and community as a congregation that steps forward in faith to worship God, instruct believers and share God’s grace with others. 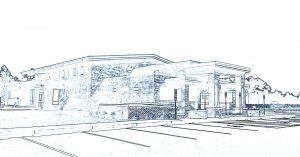 “Here We Grow Again!” On June 30, 2013, the church broke ground on a new Ministry Center. This new center was built to accommodate the need for an expanded Contemporary Worship space, children and youth classrooms and enlarged fellowship area as well as new space for the Child Care Center. This Ministry Center was consecrated on August 9, 2015.